Noise Welcome At This Library

Library music isn't for listening, but library LPs are flying off the shelves. (flickr/Matthias Rhomberg)
Studio 360 Link to Story

Worse Than the Blues

How the suburbs made John Fahey more miserable than the meanest bluesmen in Mississippi.
Baltimore City Paper Link to Story

A Dream Fulfilled in the Gospel Tent

A Jazz Fest gig was the culmination of Ron Hadley's struggle to turn his life around.
Weekend America Link to Story

WYPR's The Lines Between Us

A duPont-Award winning series on inequality in the Baltimore region with radio, video, and data maps.
WYPR 88.1 FM Link to Story

Worker-Owned Businesses Are Having a Moment

How co-ops handled the pandemic--and what they can teach us about a sustainable post-COVID economy.
Businessweek Link to Story

The pandemic is flushing hundreds of thousands of vulnerable students out of two-year schools.
PBS Newshour Link to Story

Given A Second Chance, Convicted Trader Helps Others

What do we want from white collar criminals once they've done their time? (flickr/epSos.de)
NPR Link to Story

For Trump, ‘Local Control’ Is Only for the Suburbs

Will Under Armour's Investment Help All of Baltimore?

The Legacy of a Landmark Case for Housing Mobility

From 2010 to 2013, I was a senior producer at Baltimore NPR member station WYPR, where I launched "The Lines Between Us," a year-long multimedia examination of regional inequality. The series won a 2014 Alfred I. duPont-Columbia University award.

Before I started reporting, I spent seven years as an education researcher, and I've taught at Goucher College, University of Baltimore, Lehman College, and Howard Community College. I hold an M.A. in sociology from American University and an M.S. from the Columbia University Graduate School of Journalism.

I'm also a songwriter and a guitarist, and I fool around with composition (I created the theme music for "The Lines Between Us"). My band Disappearing Ink released "There Is No Time and Nothing's Been" in December 2014. 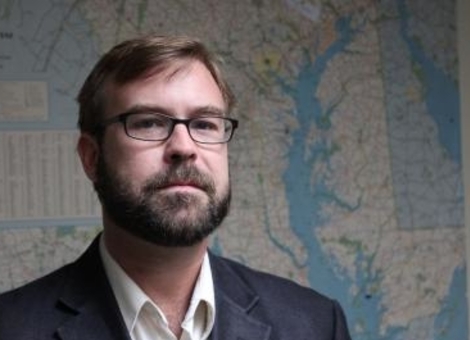